Health and Labor Science Research Grants for Research on Intractable Diseases from The Ministry of Health, Labor and Welfare of Japan 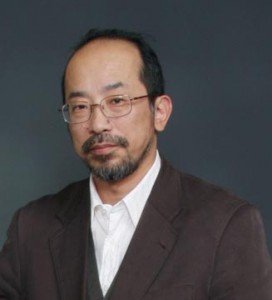 My name is Toshiyuki Fukao. I am a Pediatrician in Department of Pediatircs, Graduate School of Medicine, Gifu University.  I graduated Mie University School of Medicine in 1985. I became a doctor course student in Gifu university under supervision of Professor Tadao Orii (emeritus now). During the couse, I learned research mind and basic research skills in molecular analysis from Professor Takashi Hashimoto (emeritus now) in Department of Biochemistry, Shinshu University.  I got the PhD title from Graduate School of Medicine, Gifu University in 1989. The title of my doctoral thesis is “Molecular cloning and nucleotide sequence of the cDNA encoding the entire precursor of rat mitochondrial acetoacetyl-CoA thiolase” which is a defective enzyme in beta-ketothiolase deficiency in human. I have been studying clinical and molecular aspects of inborn errors of ketone body metabolism for more than 20 years.

In 2009~2011, the study for inborn errors of ketone body metabolism has been supported by Health and Labor Science Research Grants for Research on Intractable Diseases from The Ministry of Health, Labor and Welfare of Japan. This grant promoted our study and we could start this homepage.

I hope that we can return our research results to clinical medicine at large. I also hope that patients with inborn errors of ketone body metabolism can grow and develop without serious problems.

Patients with inborn errors of ketone body metabolism can aviod from severe hypoglycemia and ketoacidosis under a control using very cheap “glucose” properly, after confirmation of their diagnosis. However, if they develop severe ketoacidotic crises, they may die or have developmental delay  as a sequelae of the crises. My task is to let general pediatricians to know these disorders and to support them to make a diagnosis.

We have learned how a single nucleotide substitution (mutation) results in protein instability and loss of enzyme activity through the molecular study of inborn errors of ketone body metabolism.

Recently ketone body has been revealed to have some important functions clinically, for an example, ketogenic diet’s effect on intractable epilepsy. I would like to continue studies on ketone body metabolism, not only for defects of the metabolism but also its functional importance.

I would like to thank Prof Naomi Kondo (Gifu University) and Prof Seiji Yamaguchi (Shimane University) for their supervisions and physicians for the patients in Japan as well as in the world and collaboration researchers.

Finally I would like to thank The Ministry of Health, Labor and Welfare of Japan to give the grant to facilitate our studies on ketone body metabolism.